How to free yourself from your programs

Book Trailer: “Being Free: Get Out of the Box – The Method With 99 Exercises” by B Kutzler

Stop Doing This to Your Child & Undo It in Yourself

Why and How Your Body Permanently Talks to You

Why Every Thought, Every Feeling, and Every Perception Counts

Why You Cannot Trust?

This Makes You a Real Human

Stop Doing This to Your Child – and Undo It in Yourself

Why Your Body ss Your Best Buddy

Why Every Thought, Every Feeling, and Every Perception Counts

Who Are You? – How To Find Out Who You Truly Are

My research: How to free yourself from your programs

The following story describes the framework:

One day an eagle laid an egg in a chicken coop. The egg hatched and the newborn eagle learned from its peers how to live like a chicken. Life was OK – except for a yearning that made it seek. But none of what it found truly satisfied its yearning.

Would it help if someone told the eagle that it is not a chicken, but an eagle?

No, this would not help. The eagle has learned to “be” a chicken; it carries a “chicken program” that tells it how to behave under which circumstances. It feels safe and comfortable “being” a chicken – except for the yearning.

Would it help if the eagle attended an eagle seminar in order to learn to be an eagle?

No, this would not help either. Learning to be an eagle would install an eagle program that would overlay the chicken program. Then it would be an eagle who believes it is a chicken who has learned some eagle behavior, which would be even more confusing than continuing to live as a chicken.

The only way for the eagle to be what he truly is, is to free itself from the chicken program.

Why did the eagle’s mother lay her egg in a chicken coop in the first place?

I call this The OTHER Story of the Eagle in the Chicken Coop.

This story is a metaphor for us humans. We follow a “human chicken program”, which brings forth most of our behaviors and thoughts. This program is a prison for our mind. It is the box we are in. I call it the human box. I reflect on this box in my blog post “Who Chose My Breakfast This Morning?”

I documented my findings in my books
– “Consciousness: Its Nature, Purpose, and How to Use It,”
– “Curiosity: The Mental Hunger of Humans,” and
– “Being Free: Get Out of the Box – The Method with 99 Exercises.”
and report about them also in my blog posts and videos. 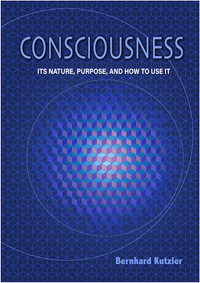 About Me (Bernhard Kutzler)

I am a researcher and author with a doctorate in mathematics and trainings in subjects ranging from psychology to nutrition to Ayurveda. I was a successful scientist, teacher, and business leader for over twenty years before I left this career to research human behavior. Since 2011, I am exploring the programs that control us (the “human box”) and how to free ourselves from them (how to get out of the human box). For the experiential exploration of these topics, I lived for 3.5 years with no social interaction and media consumption between 2015 and 2018.

I documented my findings and experiences in the books “Consciousness: Its Nature, Purpose, and How to Use It,”, “Curiosity: The Mental Hunger of Humans,” and “Being Free: Get Out of the Box – The Method with 99 Exercises.” I also talk about them in my blog posts and on my two YouTube channels (English YouTube Channel, Deutscher YouTube-Kanal).